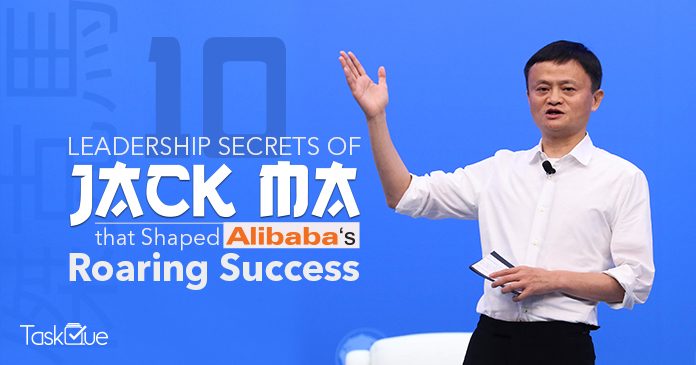 Jack Ma’s success can be deemed almost a fairytale. An idealistic rags to riches story for a person born in the downtrodden belly of the communist China with few opportunities knocking over his door. In the last 2 decades, only a handful of firms in Asia have managed to replicate the progress and success showed by Alibaba. This feat can largely be attributed to the efforts and leadership qualities of Mr. Jack Ma. Indeed it takes a rare person to accumulate a total net worth of over $20 billion while maintaining a sense of perspective, through a devoted work ethic. Jack Ma is one of those rarities.

The IPO of Alibaba cemented its place in the market in 2014 as a giant in the business. To glean an idea about the position of Alibaba in the international markets, you should know that its market capitalization as of February 9th 2018 reached over 453 Billion dollars on the New York Stock Exchange. In comparison, Walmart has a current market cap of just over 294 billion dollars.

Jack Ma has been instrumental to the success of Alibaba right from the word go. That’s why people around the globe are eager to follow in the wake of his stellar leadership qualities and discover the reason behind his thriving success. Even being one of the world’s richest men, Jack Ma has not never allowed success to cloud his acknowledgement of where he came from or his vision for the future. His keys to success are motivating and true for anyone, be it the entrepreneur of the smallest businesses or an aspiring billionaire magnate. Here are 10 of his most exceptional leadership traits that you can adopt so you can have an idea of how Jack Ma built his huge empire in less than 2 decades:

With Alibaba, Jack Ma started offering a platform to individuals and small businesses to find suitable customers for them. Even though the idea wasn’t novel, Jack Ma provided an online portal specifically targeted for the people of China, and it became a huge hit within a few years. Similarly, he took on several other business domains based on notions unique to his target market, and succeeded admirably.

Further Read: How to Truly Innovate like Elon Musk?

It is the firm belief of Jack Ma that a good leader should possess ample foresight. To remain one step ahead of the competition, and anticipate the repercussions of even the most seemingly insignificant of decisions, are the keys to his success. He also stared Alipay, a third-party online payment platform, which has become the largest Chinese company and giving PayPal a run for its money in some major markets in the world. Bold but timely decisions have made Jack Ma a visionary leader.

A positive and optimistic attitude is indispensable to sustaining your business in a cutthroat market environment. Jack Ma always keeps a low profile when it comes to flaunting his wealth and rather focuses on how to make his business reach the skies. The people working for Alibaba and the affiliated companies know that they have to follow the steps of their leader, as positive attitude coupled with industrious work is valued by Mr. Jack Ma.

Singles day (11/11 each year) is celebrated in China with much fervor and enthusiasm, akin to Valentine’s Day or any other such event around the world. Jack Ma thought of turning the day into something huge and Alibaba cashed on it big time over the decades. Just last year, the sales accounted to approx. 18 billion dollars on November 11, 2016 alone. And that figured topped 25 billion dollars last year. Only a marketing genius like Jack Ma can work such magic!

A simple rule about uniting people under a single umbrella is religiously followed by Jack Ma. He understands that no matter how hard you try, there will always be a tiny fraction of your employees, business partners or current/potential investors having a shaky belief in your words. He accepted this open-heartedly and changed his approach to his advantage. Rather than uniting his company under the vision of one person, he unites his subordinates under a common goal, since he is of the perception that vision is more important than the leader.

Jack Ma was once asked what separates a leader from an employee. His response was spot on and a reminder of his great people skills: “Your employees should have superior technical skills than you. If they don’t, it means that you have hired the wrong person.” Jack Ma focuses on the skills of employees before him and look for people who have a comprehensive know-how of carrying his vision forward.

Jack Ma knew from the beginning what his aspirations for Alibaba were, and how to turn them into reality. Leaders should have a clear mind before getting their feet wet with any venture. A cluster of ideas can muddle up the way ahead and blur your sight. Jack Ma solely focused on making Alibaba a B2B portal in the start, and only after that vision was realized did he strive to turn it into B2C and C2C as well. That happened because he was clear about when to change tracks and how.

Further Read: 9 Skills that Aspiring Entrepreneurs Must Learn to Succeed in the 21st Century

According to Jack Ma, “giving up is the biggest failure.” He values people who try their luck in making something happen and give their best shot in achieving their goal. Jack Ma believes that a person is able to learn the most from his mistakes, obstacles in life, and the hardships. The key to success is to never lose hope, despite how depressing or difficult the situation gets, and learn from the past. With the success of Alibaba, Jack Ma proved this right time and time again.

Most people find it hard to envisage how many times a successful person such as Jack Ma had to face rejection and crushing disappointments. He applied for a KFC job for which 24 other people had also applied, and he was the only one who was turned down! He applied for an admission in the Harvard University and got precluded 10 times! But he never lost hope. Jack Ma took every rebuff as a lesson and worked harder the next time. With Alibaba, many friends backed out of his decision of starting an online B2B company but he made it happen with the help of a few who stood by him through thick and thin.

There are times when people don’t taste success in spite of putting in their best. Dejected people resort to complaining and whining, and take all pitfalls they encounter at the start of their venture negatively. Instead you should look for the right opportunities to make things happen for you. Alibaba was also not an instant success in its early years but moved gradually to the position where it is today. At a crucial time when Alibaba was looking to outplay eBay in the USA, Yahoo! Invested US$ 1 billion in it and that was the turning point in the history of Alibaba.

Anyone looking for an apt example of successful entrepreneurship and erecting a business empire right form the scratch need to go through the life of Jack Ma in detail. His humble beginnings and astronomical rise to the top is proof enough that there is a huge potential in the marketplace. The need is to have the right idea and execution coupled with hard work to reach the zenith.

Looking for more help? Or want to share your thoughts with us in this regard? Feel free to use the comments section below. 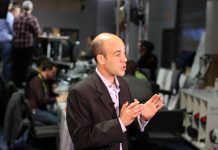 What Is The Difference Between Leadership and Management? 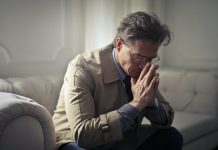 21 Inspiring Leadership Quotes That Will Get You Through Tough Spots 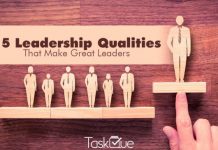 Nearshoring Services in Ukraine: a Trap or World-Class Software Developers

6 Communication Tips While Working From Home

Feeling Anxious at Work? Channel Your Flight and Flight Response to...

Call Tracking Solution as a Way to Enhance Marketing Tactics

6 Tips To Climb The Career Ladder

March 19, 2021
X
Get our tips straight to your inbox, and become a better manager.