Do you often find yourself feeling overwhelmed with unorganized, haphazard and undocumented files? Does it entail tedious hours to gather responses or hear back on a feedback request?

As a business owner or a team leader, you should realize the importance of workflows and their role in the team collaboration process. If your teams aren’t sufficiently collaborative, there won’t exist any seamless workflows among them.

Regardless of whether you are working in a team or with individual clients, effective team collaboration plays a significant role in transforming your business into a true success story.

You want your teams to work collaboratively and you want them to stabilize the most perfect work culture, something which head and shoulder above the rest. You want your workspace to reign supreme every other on the planet. Don’t you?

This’s exactly why I am here!

Today, I will enlighten you on some excellent strategies that can help you remove those stubborn roadblocks. These are the ones becoming the worst flow blows for your business every other day! So let’s remove them once and for all.

Are you about to start off on an assigned task? Just wait for a moment. Have you received a technically sound and unambiguous briefing from one of your seniors yet? Make sure to get debriefed on instructions from a senior before you hop on a project.

If clear communications are not established, chances are high that you may not produce results meeting your senior’s expectations. Even worse, you might end up creating qualitative results, but they turn out to be flowing in an entirely different direction.

One way to overcome it is to gather all team members around you and explain to each their workflow processes precisely. Processes which are communicated in detail provide more robust results that exceed your expectations.

After all, you don’t want them to go astray.

We asked project managers what is the most common challenge they face at their workplace. And they answered in unison: dissociating silos created among effectively performing teams.

As organizations expand, workaholics often try to move ahead with a sound organizational vision. While, in the process, employees often segregate themselves from teams when they feel like they have a propensity to move at a faster pace.

They create their own separate work silos so they can outperform others at work.  An introverted behavior may suit their interests, but it is not altogether fitting for the rest of the team. So what team leaders are supposed to do in order to mitigate such concerns?

They can remove such barriers by creating interdependencies.

But wait, don’t we all belong to a technologically equipped age? Yes, we can make use of some impressive task management software so teams can easily work in cohesion.

TaskQue is one such task management software that enables a team to perform tasks in collaboration.

Maybe, you like to work on an Office 365 desktop application, while your teammates downright abhor the idea. What if someone prefers an outmoded version of Office just because they are what we call a stick in the mud?

If files are shared among all users, making sense of comments and reviews can turn into a fool’s errand.

Surprisingly, we live in an era of cloud computing and networking. There are several storage based platforms such as Google Docs and Google Spreadsheet to make the job a breeze.

Each individual can track changes, add comments and review files. And guess what! All that in real-time too.

Here’s the greater benefit in all of it: you can bridge all communication gaps among teams and streamline active processes in no time. 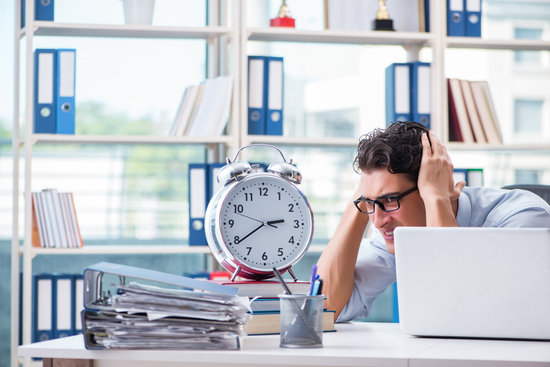 Woah! Brakes are pulled on your productivity. Wait what happened? You just missed a deadline on a priority task!

What’s worst? You didn’t even realize that you had a priority task in the first place!

But didn’t you just complete your end of the job and forwarded the file to another team member within your deadline? Well, maybe the task was a priority on your list, but it was just another sideline quest for the other team member. They must have planned to check on it at a later date, but never got around to it.

Tragically, now you got a red mark on your performance report. All thanks to them!

Now wait for the domino effect to take place, it’s just a matter of time before your manager barges in through the doors in a state of fury and points fingers at you for not accomplishing a priority task in time.

You seriously don’t want to get stuck in such a rut now, do you?

By setting automated reminders on tasks nearing deadlines, teammates can really evade the burden of failing to complete them on time. Since tasks won’t pile up, no one will be held accountable for the ensuing failure.

Blockade # 5: Scope-Creeps can suck the Life out of you

Now this one goes for teams performing tasks for clients outside of the organization.

Scope-Creep is a term commonly used among freelancers. But, at times, the scope-creep phenomenon can easily creep into businesses dealing in the B2C market.

What is Scope-Creep? It’s just a term used for clients who aspire to shave an extra hour of your work to make the most for themselves.

To overcome this ineffectiveness in team collaboration, you can always notify your client that you don’t entertain any additional service other than the ones for which you were hired.

During the last couple of years, a dozen tools have cropped up on the Internet. Some of these tools have managed to cultivate optimum levels of team collaboration among teams and stakeholders.

More and more teams are opting to work together in real-time and track changes accordingly. If tools are less enforced or overly enforced, team progress can undeniably go down the drain.

Such a hindrance will only lead to an untimely demise of professional progress. Instead of your business reaching out towards the end goals it deserves, it will crawl to the finish line and at times, end up a complete failure when it comes to achieving those objectives.

Teams should come to an agreement on a single platform that can allow them to establish effective and collaborative workflows.

For instance, Google-Suite is a platform that enables users to interact with each other, make changes to documents, conduct video conferencing, discuss progress and track revisions.

With proper training on how to use the tool, teams will be well-versed in performing adequately, and as a result, generate better results. 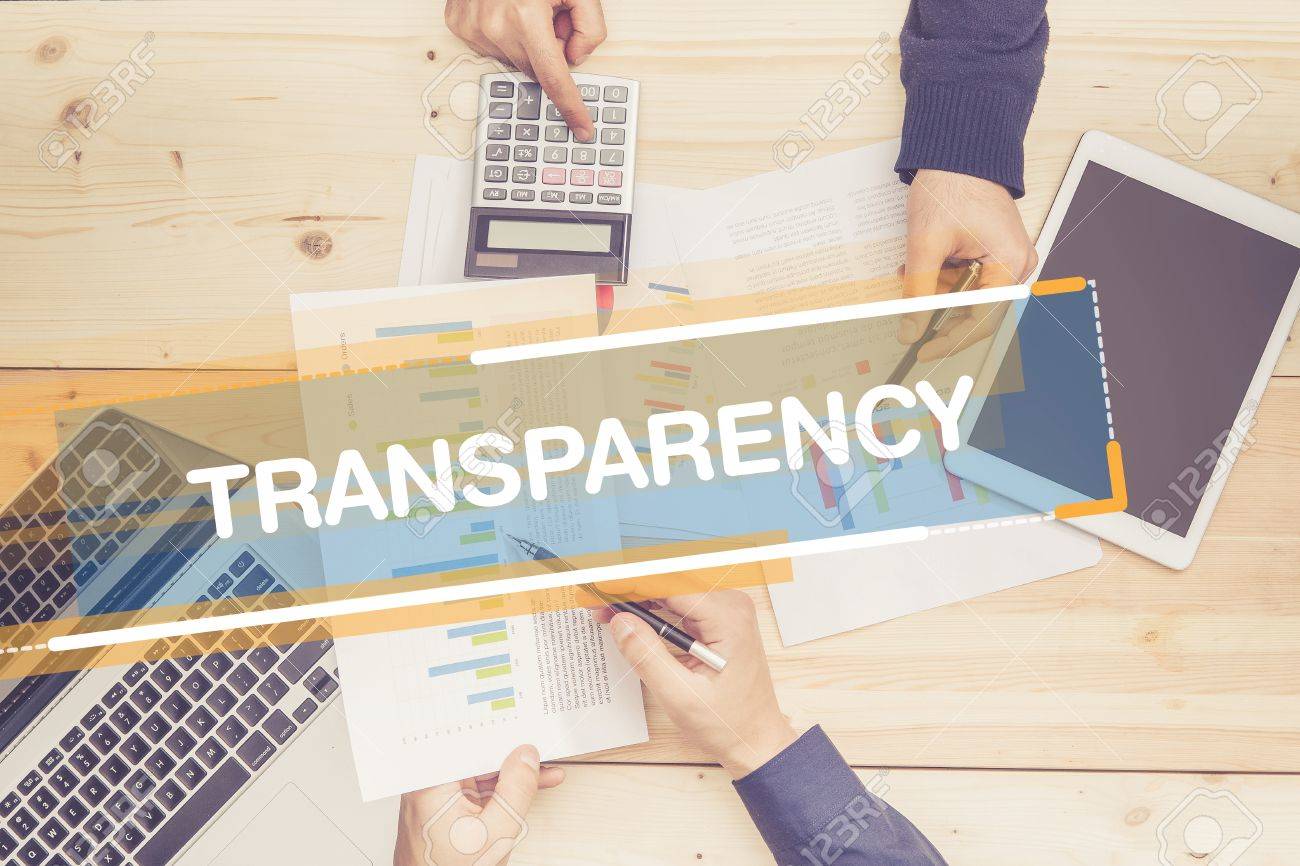 Last but not the least, comes visibility.

What teams really want is a sense of visibility on what others are doing. If they know where the team stands, they can connect with each other much more effectively.

Also, they will have complete transparency on the direction in which the team is moving towards. Trust is built only when every other teammate on the panel sees progress with the same perspective.

Here’s what you can do to promote trust among your team members. You can invest in a platform which is collaborative and highlight essential metrics which can help teams to groom themselves for the better.

By reporting progress on a regular basis and identifying problems early, teams can manifest a culture among themselves which can promote the aspects of clarity and sharing.

Ultimately, the team is fueled to be as productive as it can be.

Being professional in a work environment goes a long way, but it requires several adjustments and tweaks to your personality. While every other professional is already there, the real challenge lies in performing in teams.

Hey, just in case you are wondering how effective teams are built, check out this interesting article:

5 Traits That Make Your Team Successful

Building an effective team is one significant part of the ideology, but helping it sustain in the long run is the real game. You want your teams to be organized and you want them to stay on top of their work! What you need is a tool to eliminate all roadblocks.

TaskQue is an effective task management software that can help you remove many roadblocks. Don’t just take my word for it, try it yourself, Sign Up at TaskQue.

5 Ways To Support Employees Returning To Work During COVID-19

How to Create A Company Culture That Aligns with People’s Values?

Tips to Run a Successful Business

7 Simple Tips To Reduce No-Shows At The Gym

October 18, 2021
X
Get our tips straight to your inbox, and become a better manager.